This information was generously shared by the Housing Opportunities Made Equal of Virginia, Inc. (HOME), as part of their Excluded Communities Project.

This map shows the location and 3rd grade pass rates of elementary schools on the Standards of Learning (SOL) reading test.

Residential segregation is reflected, and in many cases, magnified in the schools children attend. The divisions between independent cities, counties, school districts, and attendance zones all draw color lines that separate students. This separation directly results in educational disparities. 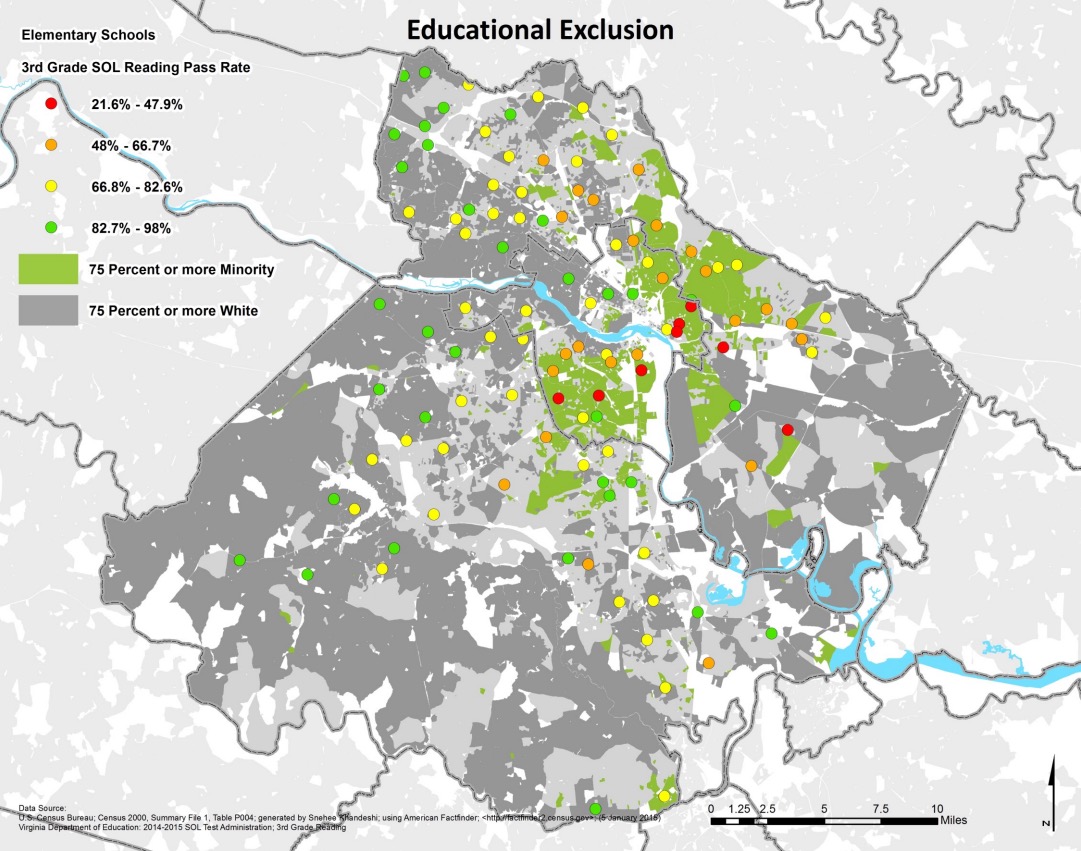 Virginia has a long and storied history as the center of opposition to school desegregation. After the Supreme Court ordered the South to dismantle Jim Crow in 1955, Virginia’s leaders undertook a concerted strategy to obstruct integration known as Massive Resistance. Between 1956 and 1959, the state’s Pupil Placement Act created a system for student school assignment that did not allow a single black child to attend a white school. Schools in Charlottesville, Norfolk, Warren County and Prince Edward County were closed altogether to avoid integration. It was not until a U.S. Supreme Court ruling in 1968 that the state’s “freedom of choice” plan was struck down and large‐scale desegregation took place.

However, beginning in 1991 courts began a path of reversal on school integration with the U.S. Supreme Court ruling that a federal court desegregation order should end once schools have achieved unitary status. Today public schools remain separate and unequal.

Produced by Housing Opportunities Made Equal of Virginia, Inc. (HOME) as part of the Excluded Communities Project. Please visit homeofva.org to download a full copy of the report.