As lovers of all things data, we’ve had a blast exploring this new interactive map by Quartz. The map, which highlights the growth and decline of income in American counties since 1990, uses a color-coded system to show which areas of the country have seen the fastest and slowest growth in income since 1990. 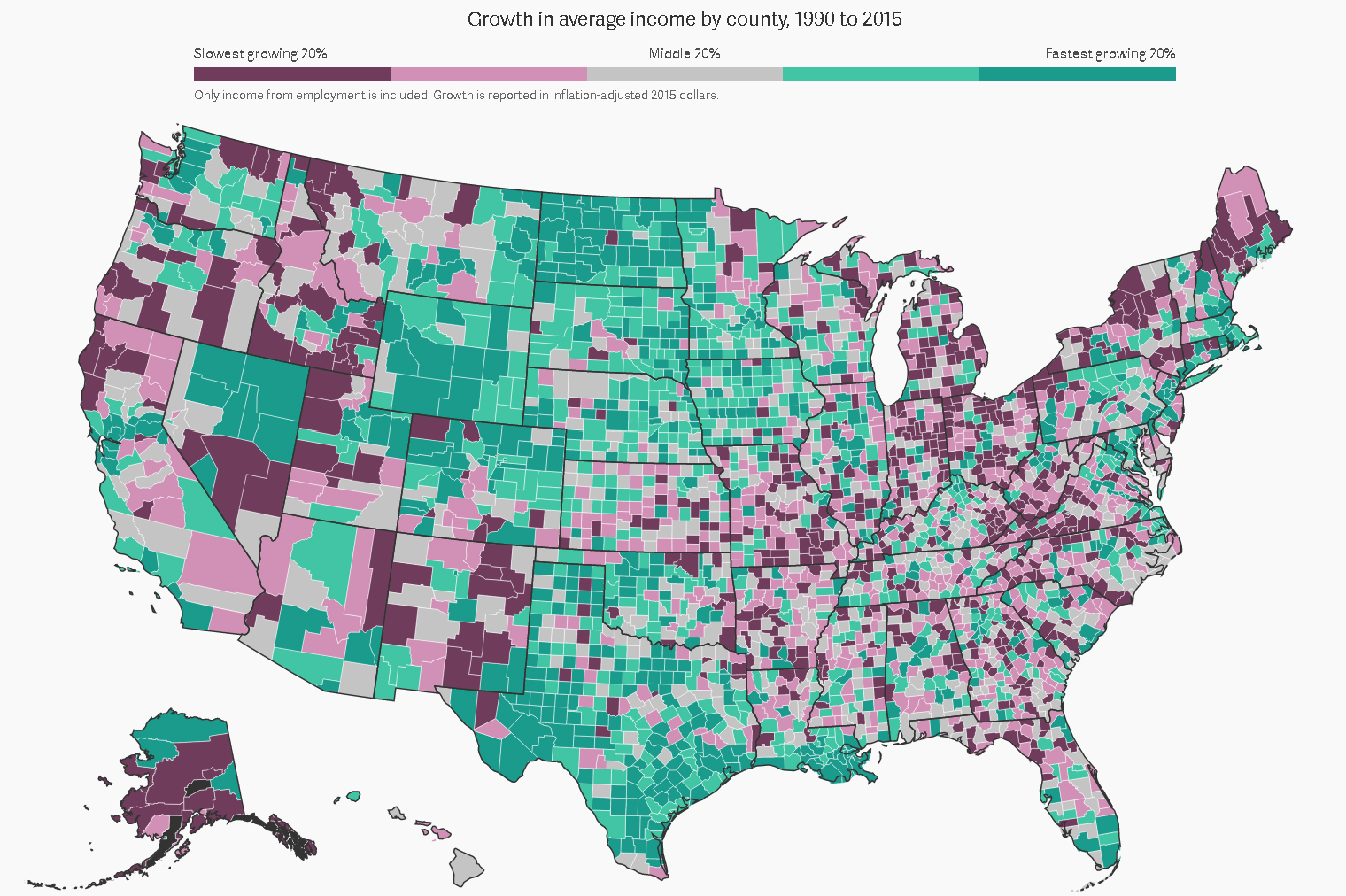 But what does this map tell us? Well, while some industries have fallen (think: Southern manufacturing centers), others have risen to take their place, like technology and transportation industries. Texas is a perfect example of this, growing 41% of its average income from 1990 to 2015. Texas has enjoyed economic benefits from shale, transportation, and technology, rising above other counties in the country with nearly 100 counties in the top 20% for income growth in the nation. New York, on the other hand, owes most of its income growth to Manhattan. Outside of the city, New Yorkers’ incomes have only slightly increased (and even decreased in some cases).

And how does Virginia fare? Virginia is more of a mixed bag, with some counties performing well while others suffer. Within the Richmond Region, Goochland has seen an impressive 217.8% increase in income. The rest of the Richmond area localities have seen slightly slower growth, ranging anywhere from a 7 to 37% increase. Check out the charts below for specific data on the Richmond Region. 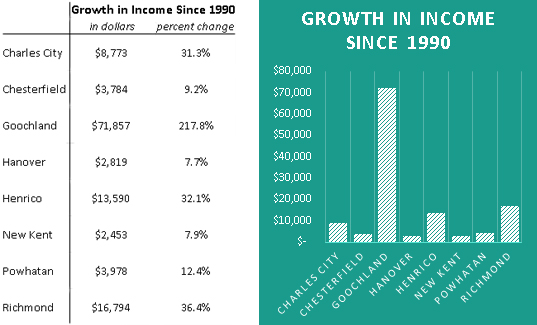 To see the map for yourself, or to learn more about the changes in our nation’s job industries, read the full article and access the map here.